×
Update Required To play the media you will need to either update your browser to a recent version or update your Flash plugin.

Roberta Howett releases original Christmas song ‘Where You Are’ 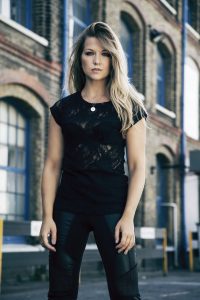 Following the success of her latest single ‘Love Like That’, Dublin singer Roberta Howett releases her new original Christmas balled ‘Where You Are’ just in time for the festive season.

I wrote the song about my family; we live in different countries and sometimes it’s hard to be away from each other. Christmas for me is a time when everyone goes home and spends time together. The year can be so busy, so Christmas is when we get together and put everything else aside.

Roberta’s last single ‘Love Like That’ was chosen as the Select Irish song for November, playlisted on a number of radio stations across the country. She can also be seen in the coming weeks performing alongside country star Nathan Carter on the new series of his RTE television show The Nathan Carter show which features guests such as KT Tunstall & Billy Ocean.

New Single ‘Love Like That’ out on October 14th 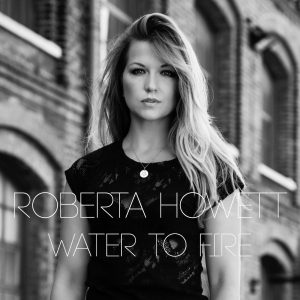 in Dublin, Roberta Howett has always been musically inclined. From a young age she competed in national competitions in Ireland and trained with the Royal Academy.  The turning point arrived however when she was chosen as a live finalist on the first series of the XFactor, championed by Sharon Osbourne. END_OF_DOCUMENT_TOKEN_TO_BE_REPLACED

Born in Dublin but now plying her trade in London, Roberta Howett is a double whammy of talent and beauty which comes along very rarely indeed. A finalist on X-Factor in 2004, she has worked since on developing a successful career as a musician and songwriter, and is now ready for a solo release.

Her superb vocal and songwriting style have been compared to the likes of Sarah Bareilles and Christina Perri, and the lush layering of vocals on her tracks are influenced by artists such as Enya. However, as you’ll hear on the single below, the sparse piano arrangement and incredible vocal are what helps her stand on her own.

The heartfelt lyrics come from a personal bugbear of Roberta, railing against those who judge people choosing to be single over entering relationships for the sake of it.

Roberta is certainly no stranger to the music industry, and has years of experience under her belt.  As part of her band Fanfair, she supported The Wanted on a sold-out arena tour of the UK and Ireland.  Her previous solo single ‘Beautiful Lies’, independently released in Ireland, saw her work with none other than Jake Gosling, and she has played Glastonbury with Sharon Corr and Oxegen Festival with Irish artist Bressie.  You may have also caught a glimpse of her on your TV screens as the house band lead singer on Tonight with Craig Doyle – a Saturday night TV show which aired in Ireland, drawing huge audiences.  She is now focusing on writing new songs and is set to release again later in the year.

Dublin born singer & songwriter Roberta Howett has a musical background grounded in classical training with The Royal Academy of Music. She first appeared on our screens in 2004, when she reached the live finals of the X-Factor, and was championed by Sharon Osbourne.  With the X-Factor complete, she moved to London permanently and began writing music.

In 2008 Roberta put out a taster to radio called Shadows which gained radio play across Irish national radio stations.  In 2010, she decided to release her debut single Beautiful Lies independently which entered the Irish Charts at number 23, and download charts at number 20.

Roberta is a featured artist with Momo, www.tonicastells.com, with whom she has toured throughout Europe, and also features on Bressie’s album Colourblind Stereo, which was released in 2011 and went to number 1 in Ireland. As a backing vocalist, Roberta sings with Nathan Carter, who has had three number 1 albums in Ireland, Beth Ditto (previously with ‘Gossip’) and with new band Boyzlife, with Brian McFadden and Keith Duffy.  Roberta has also sung for Billy Ocean, KT Tunstall, The Shires, Sharon Corr and Ronan Keating, including live performances at Oxegen and Glastonbury Festivals, and various television shows.  She has performed as lead vocalist with many bands over the years, one of which was the house band on RTE’s prime time Saturday night television show ‘Tonight with Craig Doyle‘.

In 2012, Roberta and 3 other girls, Jessica, Aimee and Anara, formed the singing group FanFair.  The group first began performing at major Rugby Union games, including performances to a sold out Twickenham stadium, and went on to tour with The Wanted on their sell out arena tour ‘The Code’, throughout the UK and Ireland.   Fanfair became brand ambassadors for Collection make up, and their single ‘Mission’ was featured on Collection make up‘s television advert, in which the girls starred.  They travelled throughout Europe and recorded with hit producers Arnthor Birgisson and Cutfather.

Roberta continues to write and release her own music independently now, and sings with a variety of established artists as a backing vocalist.

For booking or any other information, feel free to get in touch!